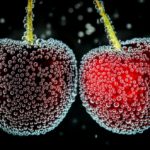 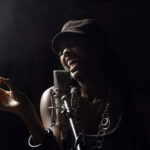 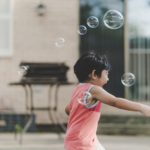 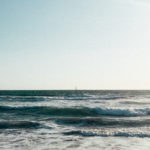 What Am I Really Upset About? 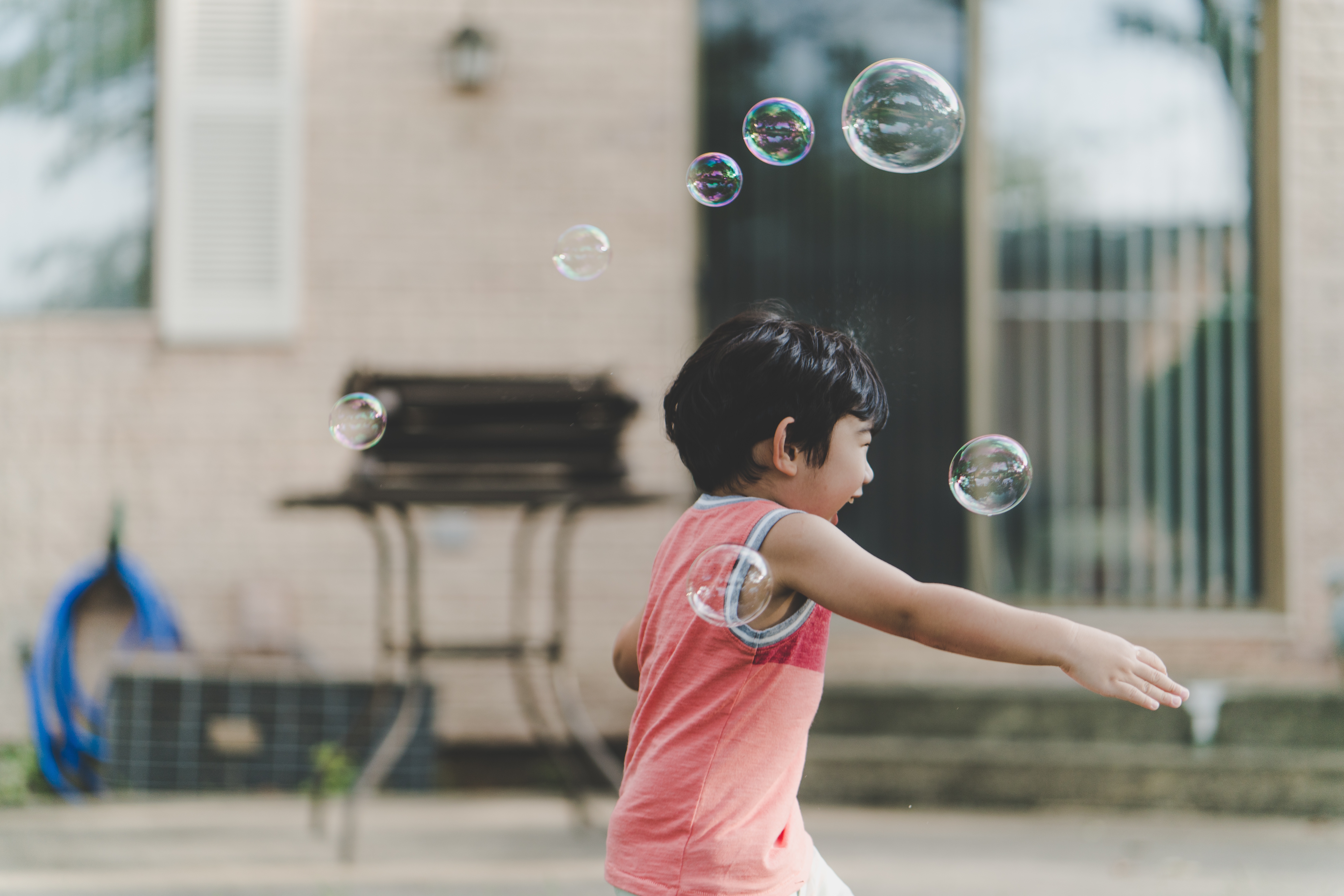 Let’s start: you’re a newborn infant, and your mom’s whole face – her whole body, her touch, her hands, and her heart go all soft and marveling the moment she sees you, the moment your soft and total body is placed on her body and for the first time she really, really knows what love is, because there are no barriers to love in you, not at all, and all her barriers fall away.

She knows now that she always felt what love really is, despite the fact that a whole bunch of thoughts and beliefs kept her enclosed, and then you arrived, and you had no thoughts and no beliefs, you were just wide open, and so she fell open (the way she’s always longed to fall open) and the two of you fell open into each other, and the openness has no limits. That’s right; the openness has no limits – and you, and everyone else were born here, in this place that has no limits to the openness and to the love – and this openness, and the limitless love is still right here, and if you feel the music that’s playing right now you’ll notice how you can’t tell where the music stops and you start, because the moving is beautiful, and the beat, divine.

This love play with your mom that started at birth really has no end, but for just about the same amount of time that you were in the womb it plays out between you and your mom out there, in the sunlight, the two of you connected with each other in a way that nobody can explain because it’s the deepest kind of connection that exists in the whole universe. Every momentary flicker of gesture that shows on your face, every waving of your arms and legs, and every spontaneous flicker of life in your innocent body that absolutely needs protection and nurturance and care, every whisper of this movement delights your mom, and she becomes spontaneous, because love has lit her up in a way she has always dreamed of and never before this moment realized, and the spontaneous movements in her face, and the way her energy flows towards you in this love without limits absolutely thrills and fills you, and you shine back at her.

She stirs when you shine back at her, and how she stirs, in the core of her, moves the core of you and you can’t help the delight coming up in waves out of your belly. Nor can she help the same movement in herself, and her love and laughter and your pleasure flow as if one being is moving in two. The middle of you, the core of you, the very quick and essence of you will never forget this, and even when all memories have vanished this divine beauty will persist, beyond touching, a taste of the divine communing with itself.

There are nine months of this, then ten, and then sometime around the end of the 11th month, before you even turn a-year-old, a new energy begins. The first time it happens is a complete shock. It’s shocking because you are so attuned to her by this point that nothing can happen in you without it moving in her, nor any movement in her can occur without it flowing into you, a communion that feels eternal and blissful, a love that will last forever, and never come to an end.

But the newness happens: she’s feeding you and the food is too hot and hurts your mouth, and you burst into tears and just for a moment, her face goes cold, a flicker of disapproval. You’ve never known this before – it has never happened before. Then the love waterfall starts again, pouring into the space where that shock was, easing it, and probably not until a day later does something like that happen again, when you’re exploring in the kitchen and your hands go up towards the power outlet, and her face rapidly contracts into severity and her voice becomes hard as she moves you rapidly away from the danger, this time saying loudly No!

And you don’t know why, but you do know that her speaking to you like that affects you differently than you’ve ever been affected before; your face gets hot, and the delight inside you freezes, and your shoulders slump, and tears of distress come flooding up because the love has moved into a new and foreign place in you, a place where you’re not sure anymore that it is love, because it feels tight and painful. And although she picks you up right away, saying Oh bunny-love, I didn’t mean to scare you, but that’s dangerous, and the smell of her and the feel of her and her warmth make you feel safe again, as you hold onto her; but something is different, something is changing, and a tiny spot deep inside where love has always lived brightly has gone dark and tense.

Doubt has been born. In the wide openness of unconditional trust is a shadowed spot of remembered pain. Something about you in that moment was wrong, when the face of love went cold, or the voice of love became harsh. Before this, nothing could ever be wrong about you, in the wide-open gorgeousness of love: you were safe, you were at ease, you were relaxed, you could completely trust yourself without self-consciousness. But now a tiny portion of your being is occupied by doubt. By remembered shame. And the unlimited background of you begins, in the merest way, to be hidden by this contraction.

But once again everything blossoms into love without limits. These moments when you seem wrong last hardly any time at all. They seem to hurt her as much as they hurt you, and all she wants – all you want, and yearn for – is for the communion to start again. Feeling separate and alone seems close to unbearable.

What you don’t yet know is that feeling alone, different, separate, and uprooted is going to gradually become your identity as you make your way into adult membership of the tribe. Everybody feels separate from each other and separate from the world by the time they reach adulthood. What you can’t know, as the process of identifying as a separate person colonizes your being, is that this shamed wrongness will gradually come to seem like who you are. When you say ‘I’ you will no longer be reflecting the endless luminosity you were born as.

By the time you’re a year old you’re getting used to all this: much later in your life, as an adult you pick up a research report* by an eminent neuroscience researcher called Allan Schore, and he affirms that all the research clearly says that about every nine minutes, between 9 and 18 months old, mom’s do something that seems to provoke shame in a baby, always because they’re trying to tell the baby how to be more welcome, and more acceptable as they begin to mature beyond early infancy.

There’s no other way for mom to carry out the second most important task of your joined lives: first, she loves you unconditionally, and then, she helps you to join the tribe. She starts to shape you and train you. She starts to tell you what’s important, and what’s not. She doesn’t use language for all this –because for most of this time your language is very rudimentary. She uses her face, her gestures, her voice tonality – and your attunement with her is so perfect, so beautifully fluid that everything that flows through her flows through you, the love – and the shame when the love is interrupted – for your own good, for your own learning and shaping.

All the research says about every nine minutes there’s a dark moment when you feel shame – because mom, helping you with just the same unconditional regard she’s always had is now shaping you to become a person, to gradually shift and change into somebody who controls themselves, who knows when to squelch a tantrum and how to restrain a bowel movement. Sometime much later the adults around you will see you change from someone who is absolutely authentic, innocent and helplessly true to yourself – into someone who can smile on demand, even though you don’t feel like that inside. You’ve learned how to do this by watching the adults who have this particular skill firmly established; of control, and self-alteration, and falsity for the sake of the social good.

What a Person Is

But earlier than this, you don’t know you’re a person. You know only wordlessly and spontaneously that you are, that you exist and be. From inside you feel the beauty of you, the fragility and the innocent openness of you, and the perfect display of you being you without any identity whatsoever: you are just the universe in one more completely unique form, unselfconsciously playing. And the beginning of being a person comes as the shame creates edges and limits in this infinite-love openness. Boundaries begin – hard, made of pain and hiding, and when you cross them, you find yourself unwelcome: then what you naturally are is wrong. Your being, your existing, your open naturalness begins to be encroached by moments of painful contraction in the flow of you – and this shrinkage start to feel like who you really are.

Being unwelcome when love has been so open is hideously painful. Shame is the pain, the deepest emotional whip shaping you, shepherding you forcefully away from the moments where you might feel wrong – because to feel wrong is the deepest agony. To feel wrong is to stop dancing as aliveness itself, the way children dance, and be solidified into an identity, a miserable fixity that – because it is enforced by shame and the secret of it – you can tell nobody about.

Nobody later in life willingly tells another person how deeply flawed they feel, how they struggle with a lack of self-esteem, with a shamed self-identity, how they feel convinced and shamefully certain in the core of themselves, that they are wrong, and bad; inferior, inadequate, worthless, and close to nothing. But these devastating experiences come to some of us because the unutterable openness we are born from, born as, and born into has to learn how to play the game of limitation, the tribal game. And this game, of particular identity begins in due course to hide from us what we really are, the openness. We become identified with a version of ourselves that Mom never intended, but which she fostered anyway.